Joined: Jul 20, Messages: 2. I've been having recent issues with my computer Windows XP freezing very frequently - within 10 minutes or so of starting up usually - and have run several virus scans, etc. Some further troubleshooting made me think it might be a memory issue, and since this is a somewhat old computer and only has 1GB RAM 1x 1GB I picked up another 1GB stick compatible with my motherboard according to crucial.

I did search around and found a couple of people with similar or the same errors but their situations seem a bit different and largely unresolved. Check the connection to your hard drive. WHen putting the new ram in you may have jarred the data cable so that it is not making good contact. Well, it turned out to be something sorta like that - fixed now.

Unfortunately, it's still freezing, even with the extra memory. Show Ignored Content.


As Seen On. Welcome to Tech Support Guy!

The procedure posted on the website works as written. If that does not work for you then I believe there is another issue. Setting up the flash per the procedure should take just a few minutes. I have setup up two using windows 7 and followed procedure step by step and both worked fine.

Check that bios setup again just to make sure. Maybe post some screen shots of bios setup screens associated with boot device selection and boot priority. You are missing several files. I've tried the windows method using XP on VMware Fusion with these three drives too and that didn't work. Bios wise, I've tried to copy these settings although not the Russian bios part seeing they worked for Tim. You can post now and register later. 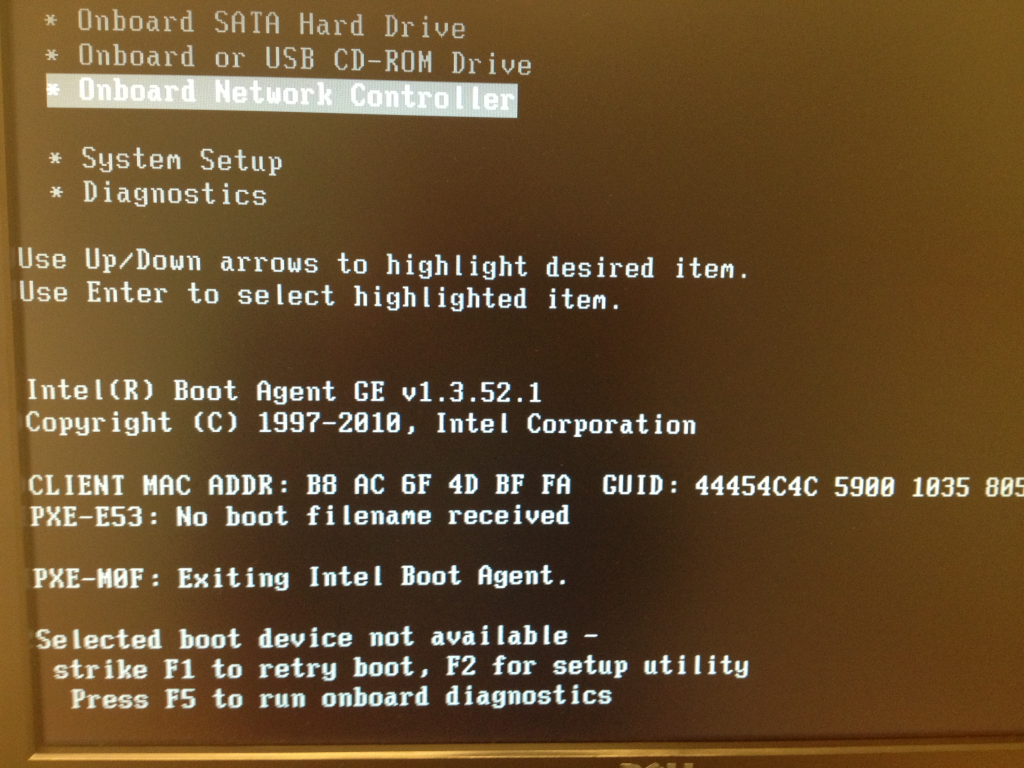 If you have an account, sign in now to post with your account. Note: Your post will require moderator approval before it will be visible. Restore formatting. Only 75 emoji are allowed. Display as a link instead. Clear editor. Upload or insert images from URL. Product Pricing Community Blog.

How to Fix PXE-E53 No boot filename received error